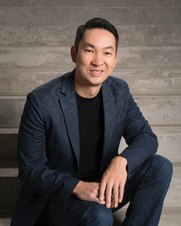 Dr. Jason Wong: The Man, The Myth, The Baby-Faced Legend

Jason Wong wasn’t always a famous Canadian IR, at one point he was just a kid, growing up in Calgary, Alberta, the youngest of 3 siblings.  Just how much younger was he then his siblings?  Almost 2 decades, leading some to believe he was a (happy) accident.  He was a straight A nerd (in a good way!), also excelling at volleyball and lacrosse. He attended the University of Calgary undergrad, where he was exposed to and mesmerized by MRI physics…as an undergrad (I said nerd!).  Though he always had his sights set on medicine, it was that exposure that got him thinking about radiology as a career. Once at the University of Calgary he met Dr. Robin Gray and Dr. Benny So, who became early mentors; they were instrumental in making his training interesting and fostering his love for procedures, which eventually led to an IR fellowship at Stanford University.

Once fellowship was complete, Jason took a job at Foothills Hospital in Calgary, and so began his illustrious career.  Over the years Jason’s practice has evolved to include complex endovascular cases and heavy interventional oncology, specifically Jason enjoys liver intervention, getting his kicks with TACE, TARE and TIPS.

It was in 2012 that Jason was somehow bamboozled into joining the CAIR board.  Actually he was voluntold by Dr. Richard Owen, and he had no idea how far down the rabbit hole he would tumble. Dr. Wong thoroughly enjoyed his time on the CAIR board and cherishes the friendships he made over the years. His involvement in CAIR showed him how many dedicated and passionate IRs there are across the country, working to deliver high quality care to patients as well as dedicating their free time to advance the visibility and credibility of our organization. It all culminated in 2017 when Dr. Wong became the Association’s 10th President.

As I force Jason to reflect on all of his accomplishments to date (and I realize I am making him sound old and about to retire, let me assure you he is not, and as anyone who has met him can confirm, he doesn’t look a day over 30) he hopes to be remembered as an IR who contributed to the specialty and fostered a collaborative, team based environment focusing on excellent patient care. Dr. Wong is excited about where IR is heading in Canada, with official subspecialty recognition by the Royal College of Physicians and Surgeons of Canada we have demonstrated to our colleagues in other specialties our special clinical knowledge that sets us apart.  In addition, IR is becoming more and more popular for medical students and residents, leading to many high quality applicants who will soon join the ranks of the hardworking IRs across the country. The technology is always evolving and Dr. Wong isn’t done expanding his IR repertoire as Foothills Hospital recently acquired an IRE generator for clinical use.

It would be unfair to highlight all Jason has contributed to IR in Canada without acknowledging the support he receives from his family.  None of Jason’s accomplishments would have been possible without the love and support of his wife, Seline, and their two sons Logan and Luke.  Though Jason’s volleyball days may be over, the family enjoys getaways to the mountains in the winter and wakesurfing in the summer. I am trying to acquire a video of him wakesurfing to show at the next CAIR meeting, stay tuned.

Jason’s advice to IR fellows or new in practice IRs is that this place (the hospital/IR suit) will exist without you; opportunities for leadership, research, and teaching will always be there, so be selective and deliberate with what you agree to. This is a marathon, not a sprint, so take care of yourself and don’t burn out. The relevance of this advice has been highlighted by the events of the past 2 years and I suspect there are many of us who need to hear it.

For anyone who would like to talk to Dr. Jason Wong, he will be at the CAIR Annual Scientific Meeting in Montreal, May 26-28, 2022. See you all there!