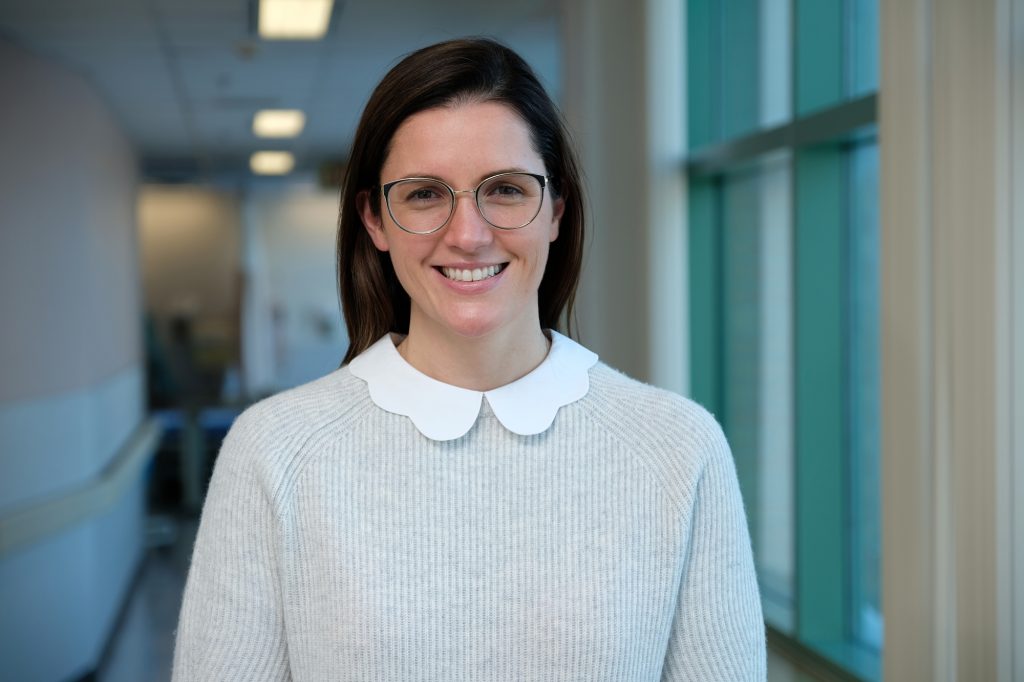 Dr. Sinclair was raised in Prince Albert, Saskatchewan, where there isn’t much to do.

Instead of hanging out at the mall after school smoking cigarettes she played sports, which took her to Spartanburg, South Carolina, where she played NCAA soccer (it was division II so really not that impressive).

After four years in the South she traded up for four glorious years in Vancouver at UBC medical school. She completed radiology residency in Saskatoon and a one year Vascular and Interventional Radiology fellowship in Toronto, at UHN, where she met Dr. Woodley-Cook, who took her to her first Blue Jays game.

She has been practicing diagnostic and interventional radiology in Saskatoon since July 2015. Dr. Sinclair has a broad IR practice with a heavy emphasis on peripheral vascular and vascular malformations.

She is foolish enough to be the only IR placing PD catheters in Saskatchewan, but finds that part of her practice extremely satisfying.  She enjoys leadership and administrative roles, given this we wonder if she hit her head too many times playing soccer, MRI is pending.